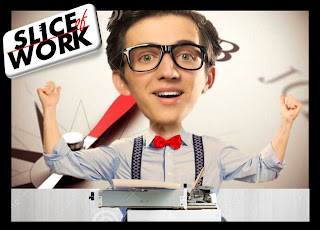 He was a diminutive chap. A quiet man, whom I will call NR. He had been a secretary to a General Manager of a well-known trading company. He looked ordinary but had a constant smile on him. He was going to be interviewed by SK, a VP of an MNC who wanted a steno typist. At a preliminary interview, a helpful HR person suggested to SK that he need not waste his time as he was not a good MNC fit. SK however waved him away and asked to meet NR.

At first sight, he thought he was indeed a wrong fit. The man sported a broad checked shirt and a light green trouser.No power dressing, this. SK, swallowed his prejudice, offered a seat, and asked about his education. "B.Sc., Physics," said NR. This was interesting, a Physics major was doing the job of a steno-typist! 86% aggregate, he gently added. Now, SK was curious. Sitting in front of him was a man who had a strong academic record but was doing a job of a steno typist. He was acutely aware that he himself had not got those marks in college.

Upon gentle persuasion, NR spoke of his need to take up a typist job to support his family. And after 18 years of working through the system, had moved to be the secretary to the GM. SK forgot all of his prejudice of an MNC look. He asked him some more questions and was convinced of his versatility. It was a sad quirk of fate that NR could not pursue his studies. Here was an outstanding man whose time had come, thought SK.

“You will work with me for only 18 months, and I would like to see you move on,” he said. It was the turn of NR to be surprised. SK added that he wanted NR to grow in the organization and that he would be perpetrating a fault if he insisted on his being his assistant. “You will take on other roles in my function,” he added. NR smiled, moist of eyes. Here was a man who wanted him to grow in the organization!

Everyone loved him. NR was ever present, always ready to help and had earned the tag of reliability about him. SK moved him after 18 months and had him take other roles. NR grew rapidly. He dazzled everyone with his diligence, rigor and focus. His presentations were a treat. Years later, NR went to SK’s house and pressed an envelope into his hand and said that he had an external opportunity and wanted his advice. It was a job offer from a reputed company and for the post of a GM-Operations. SK re read the designation ! What a distance NR had covered! It was the turn of SK to reach for his kerchief.

A secretary to a GM was now a General Manager! A warm hug and some coffee later, SK asked him to move on. There are many in the world who all but need an opportunity and faith..faith in the ability of ordinary steno typist with a checked shirt and green trouser.
Posted by SV Nathan at 7:35 AM