Of Purpose and Job Satisfaction 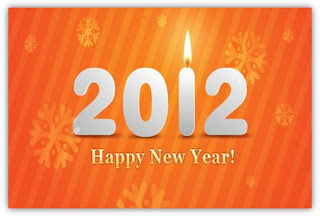 I went to Bangalore recently and was fortunate to see a special cricket match. Each team was made up of a few employees of my company and a few young children below the age of 8 or so. It was a well contested match and was attended by a large contingent of unruly children who were not even sure of the rules of the game but were applauding when it seemed appropriate. A few teachers were around to keep some of the restive children in check lest they wandered over. The rest of the spectators were office goers on a late Friday afternoon, enjoying the game.

Then I met a young lady - Mom Banerjee. Yes that is her name. She runs a trust called ‘Samridhdhi’ which she founded in 2007. She runs a bridge school program that makes the children of migrant workers ‘ready’ for main stream school. Mom was once working in a large MNC and in a comfortable job. Where she worked, there were a lot of construction activity around her campus. She noticed that a lot of migrant workers from Bihar, Bengal Orissa really had no access to education for their children. So, almost 1500 of such children were sans education and pretty much played around the whole day or were employed as rag pickers. Being picked in their prime instead. Sad.

Mom could not come to terms with herself, and decided that the children needed an education. She quit her well-paying job, and started a prep school for such children who could go to normal school once they caught up with the learning they had missed. So, Mom and a bunch of teachers now work to ‘bridge the schooling of three years’ into one and make them ready for normal school. So, they could enroll in grade 3 instead of LKG !!  This meant teaching them for over 8 hours a day, motivating them to come to learn, and get their parents to recognize that they would have to pay for normal schooling. Very difficult indeed!! It asked for a lot of commitment from Mom and her teachers. As I was listening to her I was fascinated by her passion and zeal in her work. She had to network with other NGOs and organizations to seek funds, train teachers, organize health camps, motivate parents to continue sending children to school!

Why would a well-paid young executive give up everything to do such a thing? Meanwhile the cricket match was in full swing. And I was completely absorbed in what Mom was doing. I asked her as to what motivated her to give up everything to plunge into such work of long hours and little appreciation. Where did she derive her job satisfaction?    Just then a child came up to her. Mom bent down to listen to her. The child told her that she wanted to go back to her prep school instead of wasting her time watching the cricket match. Would her teachers teach them some more time in the afternoon, so that she could ‘quickly’ go to a regular school?  Mom looked at me and smiled.

I got my answer in her smile. As I walked away from her I understood the meaning of purpose…and what satisfaction meant to a selfless leader in our midst. Mom, you live your name, you do!