Of Faith and Target Practice 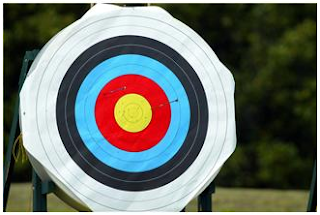 I was part of a team that represented my college in rifle shooting as part of the National Cadet Corps (NCC.) We had to travel almost 30 km to a firing range every morning and this extended even during the weekends. Our coach, Major Sairangan was a remarkable guy – a man of great character and principle.
One Saturday, I remember distinctly, Major Sairangan called us to the shooting range very early in the morning and we were up there at 6 am in our uniform, but the rifles hadn’t arrived and the ammunition was to be brought by Major Sairangan. The firing ranges of our days were quite different from the ones that you see today. It was a huge open field and there was a hill in the horizon … there were no trees around and the place was completely barren and fenced off to ensure that there was no casualties.
We were waiting for Major Sairangan out in the sun… 6 became 9 became 12 became 4 pm and there was no trace of the Major. We didn’t want to leave the place because we knew if he said he’s going to come – he will come! In those days, we didn’t have mobile phones, but the spoken word was more powerful than anything else. There was a certain connect with Major Sairangan. We had huge faith in the Major as we knew him as a man of his words. It was well past lunchtime, but still nobody wanted to move out of that place. It was almost four – we were hungry, irritated and terribly tired.
At 5 o’clock a rickety army van arrived at the range. And Major Sairangan bounced out of the vehicle. He was disheveled and his clothes were dirty. The first thing he said was “Folks, let’s unload the materials and start shooting. We started unloading and getting ready for target practice. There was no mention of the reason of his getting late or thanking us for waiting for him. By the time we set up the targets and started shooting, it was 5:30 pm and getting dark. We could hardly see, but all that our coach said was if we were to fire by the candle light, we would. And we fired away. Would you believe it – we had the best group score ever! Although we could hardly see the target, we scored our best. At a point when we could see almost nothing, we stopped firing and packed up.
Finally, when everything was done, the Major opened up: “Boys, I am very proud of you! You had the faith in me… you waited and you knew that I would come. Just wanted to tell you that my truck broke down in a remote area and it was a desolate place. So, I had to repair the vehicle myself. I went down to the town to get the parts, came back and fixed the broken axle myself. That’s why I was late. By the way, I have brought some food for you.”
That evening, as I sat down, I realized how extremely important it is to have faith in yourself and trust in your people. How you perform depends a lot on the kind of relationship you have with your team mates and your leaders. Relationships have a great way of testing you out. But if you have the resilience and the faith then even in the darkest of days, when the sun is failing you, and your spirit is weak, faith in the relationship can get you the highest score and on target.
It is clear that we succeeded because we had the faith. There was a huge urge to let Major Sairangan know that we wanted to give our best. We didn’t want to make him feel low that it is because of him that we didn’t fire well. But, we really wanted to show him that as much as we had the faith in him that he should have faith in us… that we would be giving our best!
This is one story that will always remain with me as hugely inspiring. On any of my bad days, I recount this story and feel the palpable power of faith and trust, resilience and self-belief in me.
Posted by SV Nathan at 8:01 AM