Of Ambys, Splutters and Stutters... 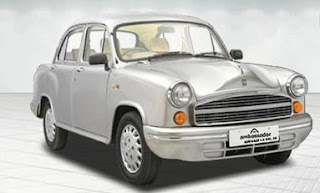 Years ago, there was this senior colleague who I much admired. Let me call him Dr Rajan. A fine man, he used to be especially kind to his car. He owned an Amby – the good old Ambassador – and used to speak to his car in a kind sort of way. Winter mornings were not good for the cars in those days. Fiats and Ambys were subject to a lot of ignition coaxing and cajoling, and the whining of the engine in the mornings was a regular feature of the times.

Dr Rajan used to talk to his Amby, allow for her to splutter and in all the intervening times would say sweet things to her and forgive her whining. Notice the gender here. To Dr Rajan it was a ‘her’. I was very young then, and used to watch him with amusement. He believed in her and was often said that he knew she could ‘make it’.  It appeared as if his car u came to life after his words of endearment. I learnt then that a dollop of kindness here and there worked wonders, even with inanimate objects!

Many moons later, I had the opportunity to meet a fine student called Chandramohan at a campus at Tiruchi. He was a brilliant man and a passionate soul – a whiz with the web and a technophile. He was shortlisted for the final round of interviews on the basis of his test scores. Before the interviews, he met me – something I always evade, but could not avoid this time – and started to speak to me. I noticed a lot of stutter in his speech. I knew that this had its foundation in confidence and told him that he needs to ‘keep his chin up’ and do his best, etc. When he told me about himself and I was confident he would leave a mark wherever he went. He was passionate, intelligent and caring. I liked him a lot for I knew we had a winner on our hands. However, I knew that it was going to be tough for the young man at the interview, what with his minor handicap.

The interviews started and when Mohan came in, I confronted my worst fears. He seemed nervous and was stuttering a lot. He could not do much and despite my support, his candidature was looking at risk. The panel members sat in the evening to discuss the finalists and I guess, it was my lucky day that I was able to persuade them to clear Mohan. He was put into Sales and Marketing – killer job for such a person! His boss was unrelenting and for about two years he silently bore the brunt of her demands that he “should not stutter.” Long story short, Mohan decided to leave and start his own firm. On his last day at work, he came to me and thanked me and I asked him to have belief and faith in himself – he would one day be an outstanding guy. I told him that I trusted him and his abilities more than anyone, and he thanked me for my words of encouragement. I wish I had done more to help him.

Many years later, Mohan tracked me down, and wanted me to address his top team in Chennai.  He was a hugely successful software entrepreneur and was doing very well in his field. He was very upbeat, very effusive of his praise of the company where we worked and recounted in fondness of what he had learnt in the place where we had worked before. I was a bit embarrassed and while he was being a good host, I was lost in the wonderment of his accomplishments. I had no doubt about his capabilities. His team was very passionate about the company and were very competent professionals. The meeting ended, and I came away feeling really on top of the world. As I sat in my car, it occurred to me that in all the time I was with Mohan there was something very different about him. The stutter had vanished!

What a spoon of self-confidence and self-help can do to oneself! We all need to help ourselves. And we need someone who can be in that hour when support is needed most … someone to help get past that splutter – those cajoles and coaxes with a gentle touch – to find that confidence in ourselves. And I remembered Dr Rajan.
Posted by SV Nathan at 11:03 PM