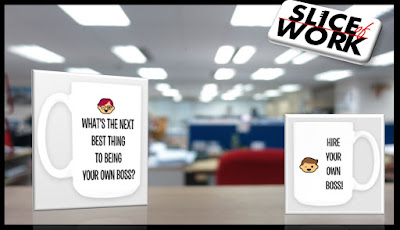 I knew Thomas who wanted to move out of his firm and had landed a cushy job in the same city that he lived in. A big plus. The added advantage was the prospect of some stocks that would fetch him good money. He seemed coasting along in his life after he had put down his papers.

As was his nature, he called up a few of his friends to let them know about it. When he called up one of his ex-team members, Sheen, he got a strange response. While all others had supported his move, Sheen was hesitant and Thomas asked him about it. Sheen said, “Thomas, I have been thinking about who should be my new boss in the firm that I have joined. I think it should be you.” Thomas was a bit hesitant but he asked Sheen to progress the referral.

Things moved fast and he got selected. It was an MNC and the leaders he met were very fine people. He forgot all about the stock and the money. It did not seem to matter. The only rub was that it was in another city. He called up Sheen and told him about his selection. Sheen was at his persuasive best to take the job. Thomas consulted his family and the shift happened. A new city, a new culture and new settings.

Thomas grew in his role and did well for himself as I knew he would. I have often thought of Sheen. He was so selfless and had the courage to ask his ex-boss to join the firm that he was working. In a way he hired his boss. I knew Sheen and asked him the reason for asking Thomas to join his firm and laughingly he said, “A known devil is better than an unknown one.” He is a good man and I don’t think I learnt enough from him, he added.

Sheen moved on to become a leader in another firm and is doing well for himself. Leaders are made, and made differently. Each one of them. The best of them find goodness in others and even hire them as their bosses.