Slice of Work #16 — Of Career Setbacks and Renewal

This was a long time ago. Ram a serious professional had a cushy job, a premier club membership and life was good. But he was not happy. He thought he “lived in a land of two shadows". His simple wife was a happy-go-lucky woman to whom a career undulates with time. 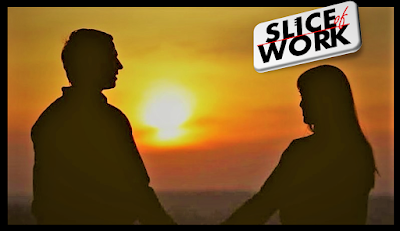 One day his wife asked him to quit. No point being unhappy with life. The money and the perks could wait. Ram quit and spent much of his time asking what he was good at and what he loved most. Took feedback of friends and colleagues. He became a lot calmer and now his children started to side up to him to speak. He took a lot of feedback from friends and colleagues and listed out what he did not enjoy doing.

He learnt a lot about himself and including his dark side. He could now look at himself in the mirror and feel fine. A could of months later he found a good job, not all that high paying and the brand was not well known either. He did not care. He liked the person who interviewed him – Yes, such things happen!

There was no looking back. He could laugh at silly jokes and not stress about work. He had found his edge and his happiness. And the firm loved him too. All owed to a simple woman who asked a simple question of his ask of life – his wife.
Posted by SV Nathan at 10:24 PM