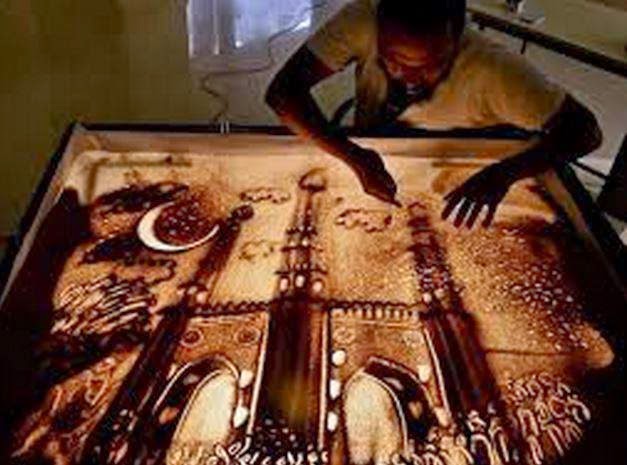 His parents gave him nothing. And that was far more than something. He gave me nothing and yet something. Follow your passion, beyond the template of success, and satisfaction follows. Pursue your dreams to the road less travelled and you will discover your edge. KR is actually an aspiring engineer from JNTU, loses way, discovers himself, and becomes a celebrated artist in perhaps the most unconventional medium - sand! KR is India’s foremost sand artist today. Travel broadens the mind, they say!
Posted by SV Nathan at 11:02 AM