When trouble comes it descends in a tsunami, perhaps. She was a sprightly girl once. Working in a fine firm with fine friends Got got married to someone in Singapore and had to leave her job. Not a happy marriage I guess for he deserted her. Not the one to give up so easily she found a job in a good MNC. Life moved on till one day she fainted on the stairs in the subway. And rushed to the hospital in Singapore. Was diagnosed with cancer. Fast forward, she was moved to the Tata Cancer Hospital at Mumbai. 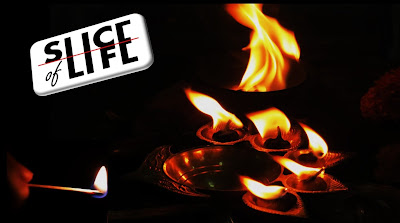 Her close friend Vinay from her previous company came to know of this.He called her ex- boss and they both decided to visit her.. The boss had stuffed an envelope in his shirt pocket. He was not the hospital going chap and was scared of such places. Vinay was far stronger. They reached the place and met the girl’s parents. Emotions were high and eyes were teary, and the boss found it difficult to cope. She lay on the bed, almost reduced to a skeleton and she tried her best to avert her eye.

The ex-boss looked at her and waved the envelope, ‘This is an appointment letter waiting for you Mo, and I don’t have all the time in the world. Your team is missing you. So get well soon and I will see you at work in a month. I hope you got that.’ He did not wait for her response. Just turned around and walked out. Scared I guess. Vinay noticed tears welling up in her eyes. He stayed back a few minutes, held her hand. No words were spoken. And yet a poignant conversation ensued. Much later she did say to her parents that after their visit, her racking pain had abated.

Mohini, did return to work in her old firm. It took a few months for her to recover from the dreaded illness. Her ebullience was back and so was the cheer. She continued to dazzle people with her professionalism and humanness. All it took was a couple of guys to infuse a sense of purpose. And let her know that she was valued, that she was needed. They went there to light the lamp of hope, to feed the faith that life holds. In a caring way, albeit differently. And it worked. Faith heals, and hope feeds that faith. One needs a purpose to live… a life of purpose. Life is indeed beautiful.
Posted by SV Nathan at 7:00 AM