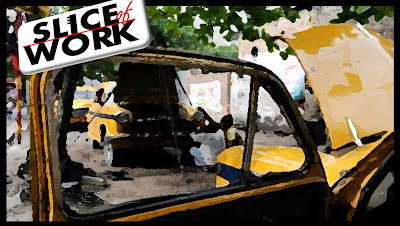 My boss returned to his room in some time. Spoke nothing other than to say that it was all taken care of. He had turned in his own personal car for the job. And patted me on my back and said that he should have given him a heads up. My anxieties fizzled in that moment, and I was teary eyed. Much later, I would realize that I had had the experience of what true leadership meant – to ‘stand up’ for your team member in the hour of need. It was easy for him to throw me under the bus, but he didn’t. I have never forgotten Capt. Arvind Nautiyal. Thank you Captain for giving me a great lesson in leadership – To Stand Up.
Posted by SV Nathan at 7:00 AM