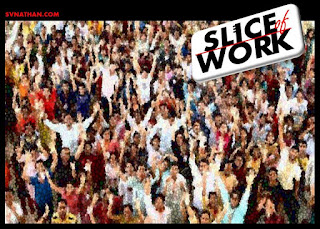 Never judge a person by just his college credentials. Talent matters and talent with a winning attitude matters more. For, many a successful person hardly went to portals of knowledge. Life gives back to you what you put into it. This was my best learning ever from the batch from the grads of a B-school called Attitude.
Posted by SV Nathan at 8:51 AM