Slice of Work #8 — Driving a Lesson in Humility 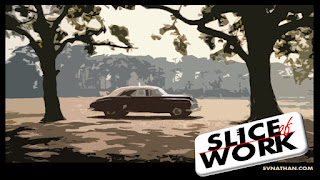 I was a freshly minted graduate of a leading B School and wore its stripes proudly on my shoulders. I was to join an MNC in one of their plants in Gomia, Bihar as a Management Trainee. They chose only the best. And I was full of it, all puffed up. The night train from Calcutta would reach Gomia in the morning. I had a letter that said that there would be a car to pick me up from the station and take me to the guest house.

The coal fired engine creaked up to the station and I alighted with my canvas hold-all, yes we had such things in those days. There was not a soul in sight to receive me. I felt let down. I heaved the luggage on my shoulder and came to the exit. There I saw a nice car the driver in a khaki shorts and a white colored tee shirt was walking towards the car. Aah, my driver, there he was!

I went up to him and rudely asked him to open the trunk and keep my luggage. He asked me in Hindi who I was and I introduced myself. All this in a condescending way, and asked him to take me to the Guest House. He said he would be happy to drop me. He heaved the luggage in and opened the rear door and had me seated and asked me if I was comfortable. This was getting better.

All through the ride he asked me questions about my family etc in a kind sort of way. I was getting irritated with a driver who spoke too much. At the guest house a couple of the staff ran up to the car and saluted me.They respectfully carried my luggage. I waved out to the driver who wished me the best in my new job. The next day was a big day. I was to meet the big daddy of the place- the Chief Executive – Dr. S.K.Varma. And I was nervous.

At the appointed time, I knocked on the door and walked in.The big man in his factory overalls, had his back to me and as he turned, I burst out – 'Hey what are you doing in this office?' He gave me a broad smile and in chaste English said he was Dr. Varma, and asked me to take a seat. I choked and could have died in that instant. I apologized profusely for my behavior and was at a loss for words. He said that he had come to the station to see off a friend. And he had seen me and wanted to be of assistance. And played along for he knew I had mistaken him to be a driver.

He offered me tea. Said that outside of work one should not wear their education, only use them. As I waked away I learnt the greatest lesson in humility. So, the guest house staff were actually saluting him, not me!!. My ego came crashing down, my stripes i lost. Shoulders hunched, weighing heavily with lessons learnt, I exited his office.

Humility is playing a role, any role, sans ego, whatever the role be. Even if this were that of a driver. In so doing, Dr. Varma drove home a lesson in humility.
Posted by SV Nathan at 8:31 AM